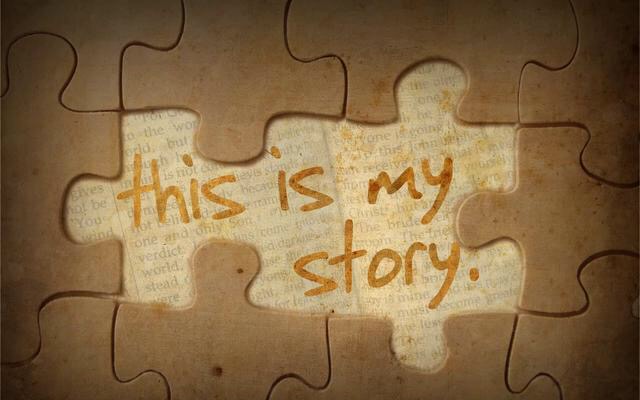 That is how all good fairytales begin right!!! But let me tell you all, this story aint no fairytale! This is my story of living filled with chronically invisible illnesses that many no little about….!!!

Once, I lived what seemed a normal life with normal dreams – I was living in the ‘burbs’ with my husband and five young children. My dreams were for health and happiness. I dreamt of us owning our own home, going on fantastic holidays and becoming a top financial accountant to help achieve the goals. For a time…..that was reality!

But, WOW – taking a trip back down memory lane, shows just how different life can turn out! That was over TWENTY YEARS ago, because gosh, I’ve been living a life filled with invisible illness for over 15 years NOW!!!!!

Invisible illness came to greet me through a journey that will be another story but as a taster I was introduced to lupus SLE, wegeners granulomatosis, ulcerative colitis, RA and run ins with a couple of different cancers. That journey found me, delving into many hospital visits and clinging to life numerous times…….

It was a battle……one continuous battle that had no end. With each fight, I would search for something new, some kind of healing magic that would allow all the pain, hurt and angst to be gone. The year 2015 came and the holistic modalities that I had been starting to use were beginning to help me – I was finding what is referred to as remission! I was able to open my own business – a holistic wellness centre helping others through coaching, teaching yoga and meditation. Life had a new set of goals and dreams…… The later part of that year, felt me tiring but I kept on pushing, Christmas 2015 came and went. The year 2016 delivered me an explosion that just went BANG! I wasn’t expecting it. I initially thought that it was just flares from the autoimmune and connective tissue illnesses…..but although doctors and specialists could see flares, previous medications and treatments were not helping these new symptoms. As more and more tests were done, I was growing more tired of all the pain and suffering. It was affecting my mood more and more as well…..to the extent that I began researching how to kill myself. I, of course kept this to myself just continuing to push myself knowing that something would show up in the medical tests. 2016…..April, May and June moved along….. my health was deteriorating with more and more strange symptoms that included balance issues and seizures…..but nothing could be determined by medical practitioners. July 2016, brought about a massive seizure leaving me unable to speak, a dropped face and paralysis down my right side. My husband wanted me to go to the hospital immediately…..but at this time, I was almost done with hospitals so I stayed at home. After a few days my face and speech did improve but I couldn’t walk…..the balance was as if I was on a tightrope and my walking gait was non existent. I went to hospital- immediately admitted! More tests over and over again! I had doctors and specialists surrounding me like flies on a hot day……but still no concrete reason! Late one afternoon, one particular specialist tipped me over the edge – as she left my hospital bed and ward, so did I with the real intention of COMMITTING SUICIDE!!!!
I didn’t make it out of those hospital doors because I fell and hurt my hip! I was helped back to my bed……and OH GAWD, if I thought I had doctors and specialists hovering aplenty before, now that I was on suicide watch – I was being hounded every minute but could they give me reasons for my seriously debilitating symptoms- the short answer was “NO”. They could only tell me that due to being chronically ill, I had depression but even though I was in a dark place that didn’t help me understand what was making my body behave in mysterious ways. Five days later after more and more tests, often ones that had been repeated and repeated my neurologist and her fellow walked up to my hospital bedside. They had worked out what these new symptoms were. Basically my internal software that allows communication between my brain and central nervous system had shut down……this they diagnosed as ‘functional neurological disorder’. I immediately had a million and one questions, almost all that they could not answer. With that diagnosis,  I was allowed home…..discharged with a lot of referrals and a website to help me understand what this thing called FND was all about……

Awaiting my referrals being picked up, I spoke to my local GP, he was almost as much in the dark about what this neurological illness was as I was…..so we went on a journey of awakening together.  What we deciphered was that FND is an umbrella term for a variety of neurological symptoms which current medical diagnosis models struggle to explain psychologically or organically. Patient presentation can be so very similar to a whole range of other neurological conditions. The symptoms of FND can be as debilitating as MS and Parkinson’s disease as there are many similar symptoms. It left me wondering if I was ever going to get the help I needed…..but at least there was hope coming through my doors again.

Soon, enough referrals came flooding in. Home care and the most important NeuroPhysio and OT. These referrals were music to my ears as I was learning almost everyday that due to FND being very new to the medical research fields there were not many effective treatment plans in existence. I began initially home based physio, in which I was given a walker. When NeuroPhysio began, I was very lucky to get a physiotherapist that had knowledge of FND and she quickly created a plan filled with physical therapies that would be most effective in bringing forward goals for reintroducing proper functional movement and motor control helping to retrain my brains pathways. She was able to work closely with my OT to help me dramatically improve functions that I thought were lost forever.

I have improved in many ways very quickly, HOWEVER I do still have a long way to go in the big scheme of life. I am continuing all the physical treatments as well as speaking regularly with psychologists and counsellors that are helping me to release so much allowing profound healing to begin. But it’s hard work, and it is the lack of understanding of FND and other invisible conditions that negatively influences treatments and care. Researchers, money, and volunteers are greatly needed to help illnesses like these that have greatly impacted and impaired my life and many others. This is why I now walk and talk openly,  sharing my story and experiences in hope that I may shine a light for others to begin sharing their stories and experiences and together we can light a flame where that most needed research, information and funding will be found…..and most of all stigma can be silenced.

I hope that by telling my nightmare of falling through a dark hole of invisible hell, I may have helped you. This is one part of the hell that brought me to my message and mission of teaching and preaching to the world about learning more about invisible illness. I will not stop and I would love you all to help me. One way is to like and share this post, but you can also join me on my social media channels;

where we can all join as one by #lightingtheflame for invisible and mental illness.